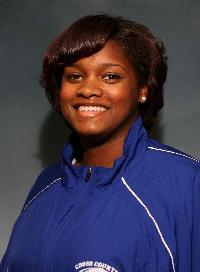 
PERSONAL: Nicole is majoring in communication studies with a desire to practice law for a multinational corporation... daughter of the late Winston and Antonette Walcott... member of Team Ontario, placed second in 200 meter dash at Nationals in New York.